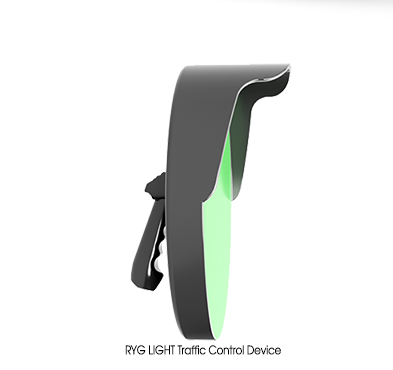 The Southern Maryland Innovation and Technology meetup and PaxSpace announce Lowell Cade,  founder of RYG Light LLC, as the first-place winner of the Crab Pot Pitch Contest. Cade received a $5,000 cash prize to further his concept, a bushel of crabs and a one-year membership to PaxSpace, a member-operated makerspace where entrepreneurs can work on their projects.

“Mr. Cade and his fellow competitors at the Crab Pot Pitch Contest are setting the bar higher for all entrepreneurs,”  Kelly Robertson-Slagle, director of the Calvert Coun- ty Department of Economic Development, said in a press release. “Ground-breaking technologies, new solutions to old problems and cutting-edge inventions helped shape the American economy; watching these creative ideas come to fruition right here in Southern Maryland is very exciting for all of us.”

Cade’s invention of the RYG Light, a portable, handheld device, is used to control pedestrian and auto traffic. His patented device won first place in the Southern Maryland Innovation and Tech Initiative finals of the fourth annual Crab Pot Pitch Contest. Five products were pitched in the finals, which ranged from an electric vertical take-off flying car and a convertible rescue boat/bookcase to a river filtration product
and a constant-motion knee brace that aids in physical therapy exercises invented by a team of high school students from St. Mary’s County, the release states.
Crab Pot is a uniquely Southern Maryland pitch contest for inventors and entrepreneurs. Made popular by television shows like ABC’s “Shark Tank,” pitch contests provide an opportunity for entrepreneurs topresent their ideas to a panel of judges or investors in front of an audience, according to the release.

“The room at the Calvert Marine Museum was packed and the competition was very solid,”  Cade said in the release. “I’ve been working on this product for quite some time and have received a lot of support and feedback along the way. I was thrilled to be selected as the Crab Pot winner. It further validates my concept and demonstrates that people understand it and appreciate the need for it.”

Cade was driving home from work in a snowstorm late one evening and noticed a police officer attempting to control traffic in zero visibility conditions. He wondered if there could be a safer way to conduct traffic, and the RYG Light was conceived.

Final improvements are currently being made to the product prior to commencement of full-scale manufacturing. Cade envisions applications for the device in emergency management, public safety, construction, school crosswalk activities and general pedestrian management. He intends to finalize design elements and begin production in Maryland within a year. For more information on RYG Light, visit www.ryglight. com.