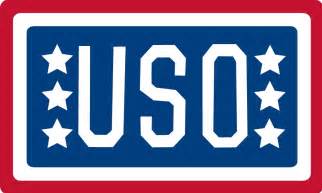 The 10th Annual WWII USO Remembrance  (USO Night) will be held Friday, August 4, from 6 to 9 p.m., in Solomons, MD, at the riverwalk pavilion. The public is invited to this USO style celebration hosted by the Circle of Angels Initiative, Inc. Enjoy local celebrities SPAMtime T/5 Vince “SPAM” Turner and PFC Vincent “Bubba” Turner as they reenact a 1942 radio broadcast featuring “Music and Memories of 1942” well known for its jump and jive music.  Honor a loved one by joining us in throwing rose petals (provided) into the waters of the Patuxent during the ceremony. It’s free and open to the public.

In an ironic twist of history, on the first Friday in August, August 7, 1942, the first invasion was in the Pacific Solomon Islands after training on Solomon Island, MD.  The first European invasion was at Normandy on Tuesday, June 6, 1944. Solomons was home to the “cradle of invasion,” the WWII top-secret amphibious training base for the invasion of Europe and Japanese-held Pacific islands. The United Services Organization or USO began with citizens who served coffee and donuts to soldiers passing through their towns.
It’s a great family summer’s evening event.
USO Night is held to honor those who trained at Solomon Island during WWII, especially those who never returned to their families. In WWII our uniformed troops went from Solomons to the Pacific and Europe. The Circle of Angels carries on the tradition so people may honor and remember the sacrifices of those in uniform and on the homefront and so youth may learn about that momentous time in history.
The Calvert Marine Museum sponsored the Cradle of Invasion, a daylong event, from 1997 to 2007. The Circle of Angels hosted USO Night for the first time in 2007.